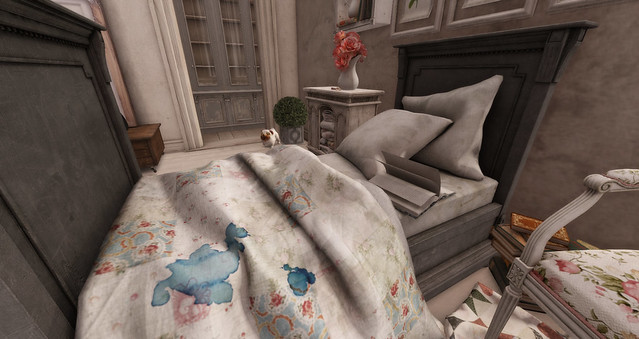 I was so happy to hear that Apple Fall was the guest on The Gacha Show. He is one of my favorite designers in Second Life. The interviewer and audience had great questions for Apple. The chat log will appear on The Gacha Show blog when it is prepared. The show was informative and quite entertaining. Apple announced that his store will be moving to it’s own sim. The funniest thing that Apple said was his answer to Luke Templar about where Apple Fall goes for sex. To which Apple replied, “apple doesn’t go for sex, sex comes to Apple. and that’s all you need to know for now.” The audience was rolling.

What I really want to talk about is the exclusive gift. Most always the guest brings a gift for the audience. Apple Fall made this really great animated antique daybed. There are ink stains on the quilt, and the book is signed by Apple. Being a no copy and exclusive gift makes this bed worth a billion to me.

Apple Fall has an in world group that has just surprisingly reached 4,000 members. Probably so low due to the prior lack of announcements. You can join now for free and get the newest group gift from the store. This great Lemon Whip Drizzle cake and bucket of lemonade drinks. You were expecting apple pie? That is a whole other gacha. 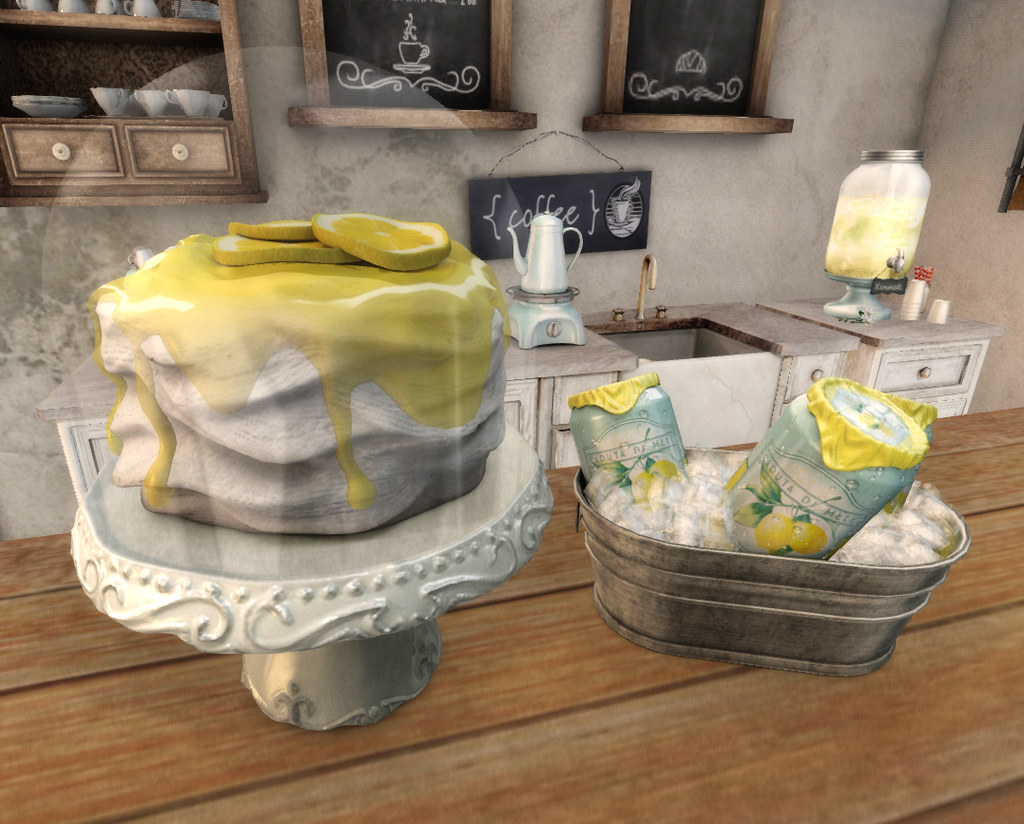 Apple Fall is currently located here, but as I mentioned previously, the store will be moving.