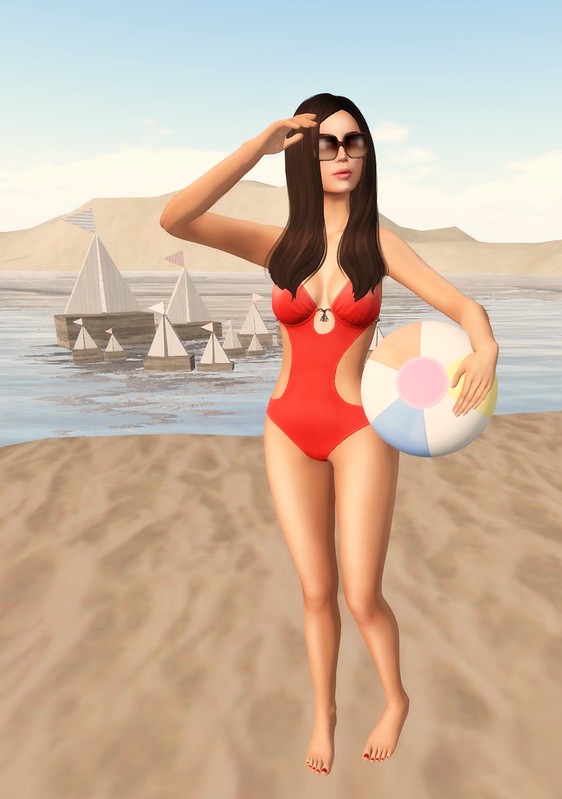 Everyone who owns an Apple Mac is familiar with the spinning beach ball of death. It can show up at the worst times. If you are feeling a little cranky about the spinning beach ball of death I have a couple of ways to defeat it. One, watch this fun and clever improv video that was done at a 2012 TED conference. Second, grab a beach ball and head to the beach for some summer fun! Take the beach ball and throw it, kick it, catch it, or just pose with it. Kirin has released these really cute beach ball poses at The Seasons Story event. The package contains seven pose props with two different colored beach balls. I had a lot of fun posing with them. 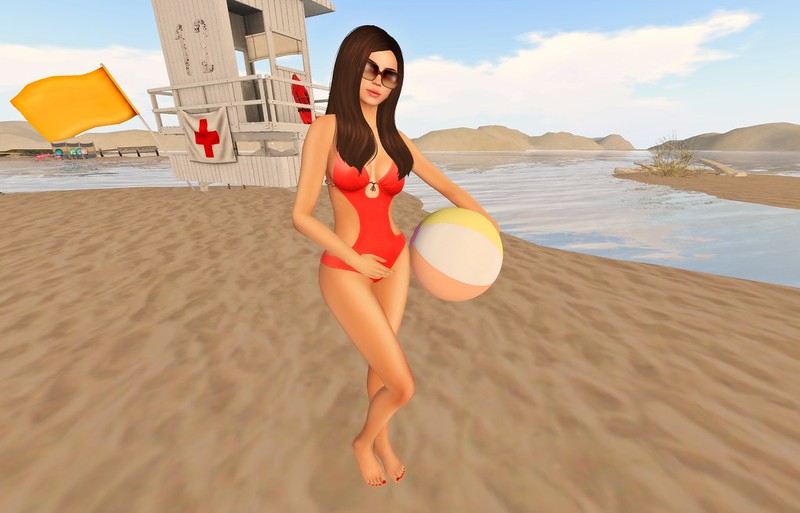 The Hair Fair event runs from July 11-26 and is in full swing now. I wanted to make sure and purchase some hair from someone that I haven’t tried before and was new to Hair Fair. Mithral Apothecary owned by Evadne Quintessa has created five new hairstyles for Hair Fair. There are twenty four shades in six color packs plus a variety pack. I chose the browns pack in the Ergot style. A percentage of all Mithral Apothecary’s sales at Hair Fair will go to Wigs for Kids. Her gift waiting for you at Hair Fair is the Magnesium style (top image) in an ombre color that was released in April.